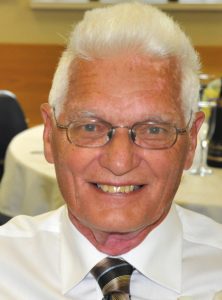 William (Wietze) Luinstra was suddenly and tragically taken from this world to be with his Lord on Aug. 27, 2020.
He was born June 18, 1934, on a farm in the small town of Doezum, Netherlands. William (aka Bill) proved to be an excellent student and came to Canada at the age of 18 to enrol at Ryerson College. After graduating, he worked as a chemist for Lever Brothers in Toronto. There, in 1961, he met his first wife Joanne, also a Dutch immigrant. In 1972, they moved to Kincardine where they raised their family.
In 2000, their oldest son, Wayne, died of cancer. Four years later, Joanne would succumb to the same disease.
In 2010, William married another Dutch immigrant, Rennie Feddema, and they moved to Strathroy, Ontario, where he resided until his passing. William and Rennie died together in a tragic accident in Kincardine.
William is predeceased by his first wife Joanne and his son Wayne (leaving his wife Aline and their children Jacob, Alexa).
Survived by his children Ray (Marilyn) and their children Michelle, Jacqueline and Ariel; Tim (Cathy) and their children Craig and Everett; Marleen and her son Samuel; and Brian (Kim) and their children Kristen, Annika and Kylen.
William was an active part of his community and church. For 30 years, he served as a foster parent and driver for the Children’s Aid Society. He also delivered meals for Meals on Wheels as well as serving terms on the Kincardine Township council and as a trustee for the Bruce County School Board. His volunteerism carried on when he moved to Strathroy. He will perhaps be most remembered for his love of cycling and was frequently seen out for a tour on area backroads.
A special thank you to all the first responders, including the South Bruce OPP, Kincardine Fire Department and Bruce County Paramedics.
Portrait and memorial available online at www.daveylinklaterfuneralhome.com.