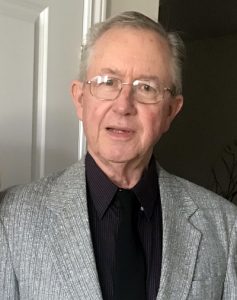 R. Paul Hamilton of Hanover passed away at the Hanover and District Hospital on Saturday, Aug. 24, 2019, at the age of 71.
Beloved husband and best friend of Mary Hamilton.
Caring father of Jennifer and Dwayne Harder of Saskatchewan, and Amy Hamilton of Oakville. Cherished grandpa to Anneka, Emma and Madison Harder.
Dear brother of Joanne (Rod) McDonagh of Lucknow and Wendy (Rob) McCallum of Ailsa Craig.
Greatly missed by his mother-in-law Evelyn Elliott. He was a brother-in-law of Nancy (John) Kelly, Carol (Grant) Collins, Susan (Brian) MacDonald, Sally Martin (Bryce Sibbick), John (Jane) Elliott, and Janice (Greg) Wilhelm. Fondly remembered by his many nieces and nephews. Predeceased by parents Raymond and Blanche Hamilton, step-father Howard MacCallum, father-in-law Jack Elliott and brother-in-law Donald Martin.
Paul worked for 35 years before his retirement from Ontario Hydro. His favourite pastimes included cooking, gardening and golf.
He was a great support to Jennifer and her family’s life on the farm in Saskatchewan, where he looked forward to visiting and reconnecting to his farm roots. He always had a helping hand for Amy.
Paul’s companionship and love will be deeply missed by Mary.
To honour his wishes, cremation has taken place.
A celebration of Paul’s life will be held at a later date.
As an expression of sympathy, memorial donations can be made to the Hanover Hospital or to a charity of your choice. Online condolences may be made at www.greybrucecremation.com.