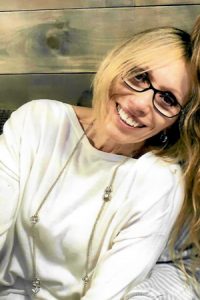 Kathryn Marianne Meisenheimer (née Houston) of Kincardine passed peacefully, surrounded by her family, after a brief battle with Glioblastoma on Thursday, Aug. 8, 2019, aged 66.
Kathryn was born Aug. 5, 1953, in Kincardine to Isabel Houston (Dickson) and David Houston.
The family moved to Burlington where she was raised with her sisters Shari (Bob Williams) and Dava Houston. She met her third sister in high school, Laurie Jorgenson (Smith).
Kathryn married the love of her life, Keith Meisenheimer, on July 29, 1977. Kathy and Keith loved and raised six strong women. Their daughters are: Lyn (Ray Pearce), Kari (Stephane Pepin), Kristy (Dave McDonald), Jaime (Shawn McDonald), Jessica and Jacqui (Craig Dickson).
In the later years, the couple retired home to Kincardine.
Kathryn will be endlessly remembered for the intensity of her smile, her infinite wisdom and selflessness. Her family meant everything to her, which was evident in all that she did. Kathryn started every morning with her hot coffee and exercises and continued the day with a book in hand. Kathryn and her daughter Jessica looked forward to their yearly vacations to Florida with daughter Jaime and her family.
Kathryn continued to show us her fierce intelligence and Viking strength right until the end. Kathryn was a natural mother and a doting Nana.
Her example will live on through her many grandchildren: Taylor, Eva, Makaila, Trystan, Caleb, Brady, Elisabeth, Will, Sophie, Tynan, Charlotte and Norah. Kathryn will also be missed by many nieces, nephews, cousins and friends.
“Till a’ the seas gang dry, my dear, And the rocks melt wi’ the sun: I will love thee still, my dear, while the sands o’life shall run.” – from A Red, Red Rose by Robert Burns.
A come and go celebration of Kathy’s life will be held on Thursday, Aug. 29, 2019, from 2-6 p.m. at the Kincardine Pavilion.
As expressions of sympathy, in lieu of flowers, donations can be made to the fight against Glioblastoma with the Sunnybrook Foundation (Gord Downie Fund). Portrait and memorial available online at www.daveylinklaterfuneralhome.com.
Arrangements entrusted to the Davey-Linklater Funeral Home, 757 Princes Street Kincardine, Ontario N2Z 1Z5; 519-396-2701.