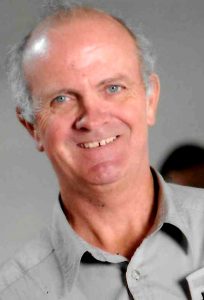 Donald William (Don) Clark passed away in Victoria, B.C., on Tuesday, May 5, 2020, at the age of 72 years.
Don is predeceased by his parents James William (Bill) Clark and Hazel Ethel Quinlan, his wife Pauline Lorraine Schaak, and his sister Evelyn Fitzsimmons.
He is survived by his son Christopher James, married to Fiona Dominique Smygora Robertson, and by his grandchildren: Brandon Angus William and Daniel Kieran James.
Also survived by his life partner, Clara Cauduro, and her children: Lucas, Devan and Reana Mussato; his sister Marilyn MacPherson; nieces and nephews: Bruce and Bob Fitzsimmons, Cindy (Al) Kerr (Fitzsimmons) and Beth (Bob) Hancock (Fitzsimmons), Clark and Heather (Kerry) MacPherson; and his cat Chester.
Don was born on Sept. 7, 1947, in Springhill, Nova Scotia. He spent most of the early part of his life in Ontario, joining the Ontario Provincial Police in 1966, then relocating to Kincardine to work for Bruce Nuclear Power Development (now Bruce Power) from 1978 to 2003.
He married Pauline on July 4, 1970, who gave birth to Chris on July 20, 1976. He was devoted to her care from the time of her diagnosis of Multiple Sclerosis in 1982 to the time of her passing on July 20, 2002. He spent the last 16 years of his life in Port Alberni, B.C., as a loving partner to Clara and supporter to Lucas, Devan and Reana.
Don was an avid sailor, golfer and skier, and also enjoyed hiking, camping and motorcycling. A naturally-skilled carpenter and woodworker, he custom built picture frames and designed and built many structures and pieces of furniture for his homes in Kincardine and Port Alberni. He even took an active role in the design and building of two of his homes – despite having no formal training or apprenticeship.
Don took a great interest in the Port Alberni community, serving a term as president of Crime Stoppers, then as president of the Port Alberni Lions’ Club. He was known as a generous man and was well-respected by those who knew him. He touched many lives through his actions and example, and will continue to carry an influence far beyond his brief time with us. Don was a healthy, active man who still had much to give to the people and community he loved.
A celebration of Don’s life will take place at a later date.
Contributions and donations in Don’s honour may be made to the MS Society of Canada, the Port Alberni Lions’ Club, or the Victoria Royal Jubilee Hospital Foundation.